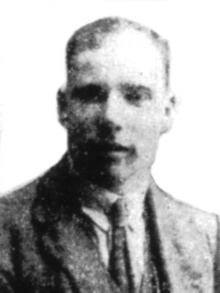 In Dundalk’s debut Free State League season of 1926-27, Manager Joe McCleery gave starts to a total of 45 players. The majority were from Northern Ireland and one was from Scotland.

Glasgow born centre half William Smith, known as ‘Cutty’, came in January on the back of a recommendation from Belfast Celtic wing-half George Perry, who had played schoolboy football with Smith when they were both with Glasgow St Peters Parish Church in a halfback line that also included Alex Thomson, Glasgow Celtic’s wing half. Before coming to Dundalk Smith had been with Glasgow Junior League club Benburb.

His Free State performances were noted by Irish League clubs and while still lining out with Dundalk he played with Glenavon against Linfield in the Gold Cup final on St Patrick’s Day. As soon as Dundalk’s season ended on April 10th, he and Davy Nelson joined Crusaders in a hectic season end programme, winning medals in the Intermediate League. It was reported that in spite of interest being expressed by a number of clubs he returned to Glasgow at the end of the season.