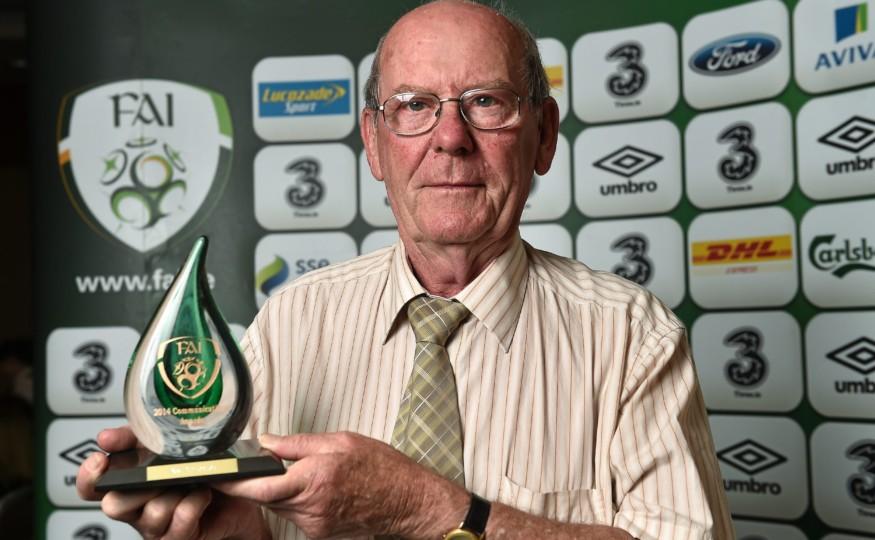 The Dundalk F.C. Who's Who website was written, researched, compiled and edited by the late Jim Murphy (1936 - 2019), who was the club's official historian. Jim was a life long fan of Dundalk F.C. and the author of two books about the club, "The History of Dundalk F.C. : The First Hundred Years" [2003] and "C’mon The Town’—A Dundalk FC Miscellany" [2013] that was awarded the 2014 FAI Communication Award for Best Publication.

This website grew out of the research he continued doing after publishing those books. His vision for the site was

"publicise profiles for the players and managers of Dundalk FC. Initially it will consist of circa 375 players from the period 1926-27 to the mid-1990s. The current plan is to include entries for every player who has made a minimum of 30 first team appearances. It will also include entries for selected players whose total appearances were less than 30."

The site was developed with help from his sons Ruairí and Kieran. Jim passed in late 2019, leaving the work unfinished, but the site stands with over 350 profiles, an invaluable resource for people who want to know more about the legends who played for the Lilywhites over the years. Whilst it will no longer be expanding, please forward any corrections, errors or problems to the admin

The site launched in 2016 and below are Jim's acknowledgements from that time:

A particular thanks to George Thompson author of “Gateshead FC—1930 to 1960” for making his extensive Soccer library available to me.

All those who supplied their precious photographs and memorabilia, in particular Martin Sharkey and Gary Spain.

To the many statisticians and historians from both sides of the border who helped chase down player statistics, in particular the late Frank Martin (Shelbourne), Sean Ryan and Jonny Dewart (NIFG website).

To my sons Ruairi (web development) and Kieran (photographs), without whose encouragement and involvement this website would never have been finished.