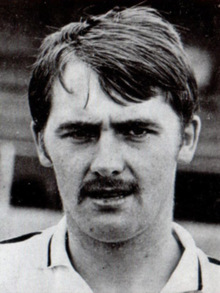 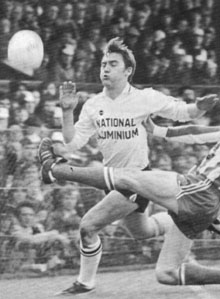 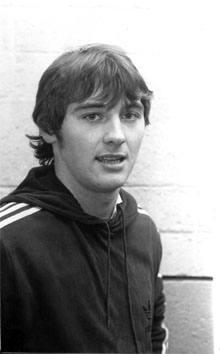 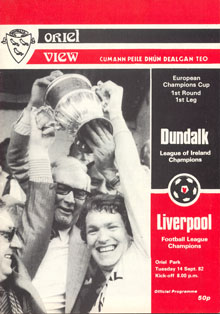 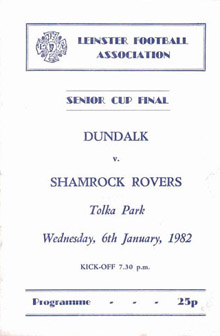 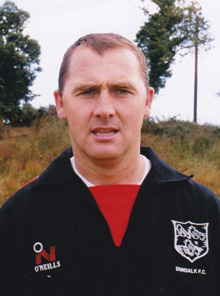 There were many fine strikers that helped bring success to Jim McLaughlin’s teams in the glory era of the late 1970s and early 1980s, and Dundalk’s own Willie Crawley was one of them. He forced his way into the team near the end of the 1977/78 season, scoring his first goal in a 3-2 defeat at home to Cork Celtic on 16 April 1978, in the last match of the season.

At the start of the 1978/79 season, the 18-year old was picked in the starting XI alongside debutants Dermot Keely and Leo Flanagan to take on Shamrock Rovers in the opening league match at Milltown, and Crawley scored the opening goal after 14 minutes in a 2-1 win. He made a total of 12 League appearances, scoring twice, as Dundalk clinched the League-Cup Double, the club’s first Double.

In the next campaign he featured in the famous European Cup run and from 14 league appearances he pitched in four goals as Dundalk finished in league runner up spot, just a point behind Limerick. In the 1980/81 season, he played in Dundalk’s 1981 FAI Cup final victory over Sligo Rovers.

He won his second league medal in the1981/82 season and was among the goals in Dundalk’s FAI Cup run including both goals in a 2-0 win over Galway United and a goal in second replay of the semi-final against Bohemians that ended 1-1 before Dundalk were eventually knocked in the third replay.

He began the ‘82/83 season in a hot streak scoring a hat-trick in a League Cup game against Home Farm, and he would also feature in both matches against Liverpool in the European Cup. Willie went on to make 24 appearances and score four goals in that season. But his last appearance for Dundalk in this era came on the 13 March 1983 when he came on a substitute in a 2-1 win over Waterford United. He would return to Oriel Park almost a decade later.

But before that return he would play with a number of clubs—Glenavon, Monaghan, Newry Town, Cobh Ramblers and Longford Town.

1983-84 with Glenavon, he was their leading scorer with15 goals but because of a dispute regarding terms Willie missed out on the following year’s football. A Mid Ulster Cup medal, defeating Newry Town 2-0 in the final, was his only competitive honour with the Glens.

1985-86 He moved to newly-elected First Division Monaghan United, managed by John Murphy and scored their first senior goal on 15 September 1985 against Derry City.

He broke his Newry 6-seasons stay after three years with a couple of months back with Monaghan at the end of the 1988-89 year.

In his last senior season, 1992-93 he turned out with three clubs, Dundalk (1 appearance), Cobh (1 App) and finally Longford Town (7 App), where he answered the call of manager Dermot Keely.

Until the 1994/95 season he also made the odd appearance in Leinster Cup games while taking charge of the Dundalk reserve teams and he made his last senior club outing in an 8-0 win over St James’ Gate in the Leinster Senior Cup on 6 December 1994, over 16 years after his debut.

Afterwards he continued until the end of the 90s to turn out when needed with the Reserves.

Over a senior career with six clubs that spanned 16 seasons between the League of Ireland and the Irish League, Willie made more than 300 first team appearances and was credited with 60 goals.