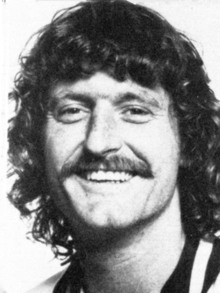 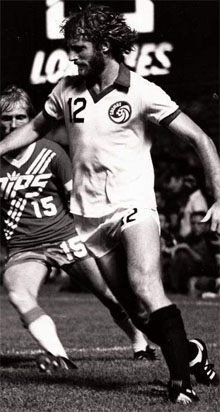 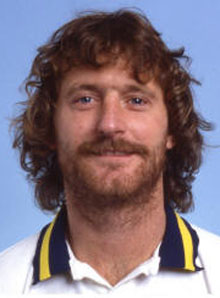 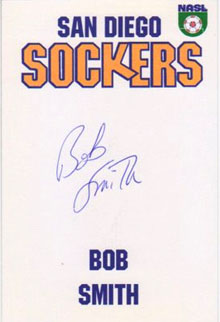 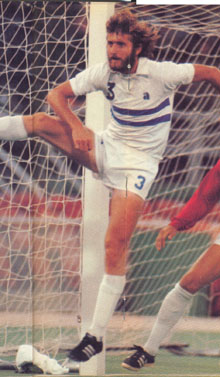 When Bobby Smith made his League of Ireland debut on October 27th 1974 against St Patrick’s Athletic at Richmond Park, he became the second American to lineout with Dundalk in the 1974-75 season.

It took just a couple of Reserve team games, under manager John Murphy, to establish his credentials ‘…impressive in the air… polished… resourceful… excellent reader of the game… well judged upfield moves…’

Unlike his compatriot Dave D’Erico, who got only a half dozen games, full-back Bobby missed only a Christmas game until his last match in the beginning of March. He made 27 club appearances, of which 18 were in the League.

What he lacked in guile he more than made up for by his honest commitment to the team cause and he was assessed by the Dundalk Democrat as ‘one of the most outstanding players of the season’.

On his departure he joined a USA team, including D’Erico, enroute to a 7-0 loss to Poland in Poxnan and a 10-0 Italian hammering in Rome. Having already spent the 1973 and 1974 seasons with Philadelphia Atoms in the North American Soccer League (NASL), Bobby returned there at the end of his single League of Ireland year. He had a successful career in the NASL and in 1976 became the first American to be selected on the NASL All-Star XI.

A member of the Philadelphia squad that won the NASL League Championship in his first season (1973), a $100,000 move to New York Cosmos after three seasons with Philadelphia, paved the way for further League success in 1977, in a powerful Cosmos squad that included Pele and Franz Beckenbauer.

After four seasons with Cosmos he moved to San Diego Sockers for the latter half of the 1979 year. His last two years in the NASL were spent with Philadelphia Fury (1980) and finally in 1981 with Montreal Manic.

Over nine seasons he made a total of 177 NASL appearances, of which 10 were in the play-offs, and was capped 18 times on the US International team between 1973 and 1980, including 4 World Cup Qualifiers in 1976.

It was due to Bobby’s influence that Tony Cavanagh spent the summer of 1975 playing in the NASL with Philadelphia Atoms. His Dundalk contract was for £10 per week and another £10 for accommodation and he secured part-time employment in a local garage, ‘pumping gas’ according to his own description.

His father, Dick, visited Dundalk in the spring of 1975, stayed with Jim McLaughlin, played a bit of golf, proved to be a bit of a character and generally speaking enjoyed himself.

Bobby grew up in Trenton, New Jersey, to where he returned when his playing days were over, setting up the Bob Smith Soccer Academy and where he currently owns a bar.