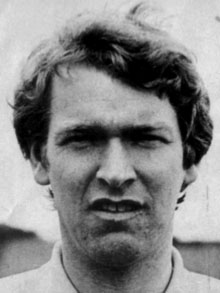 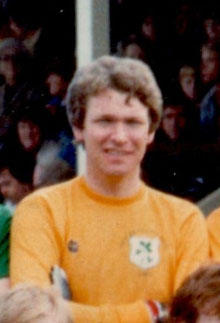 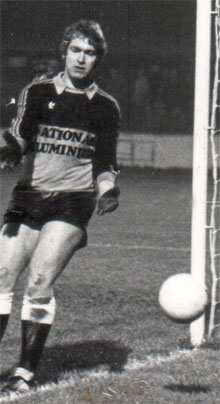 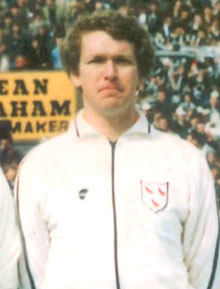 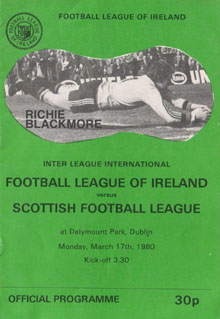 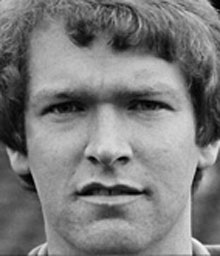 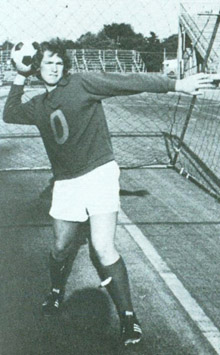 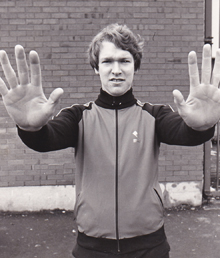 After failing to impress in a trial with Bristol Rovers straight after his school days, disillusioned goalkeeper Richie Blackmore drifted away from football for a couple of years but eventually he returned, getting a contract with Walsall in 1971.

The Walsall squad included future Dundalk colleagues John Smith, Jimmy Dainty and Willie Penman. Without sampling first team football he moved after a year to Bristol City, where he again spent his time in the reserves.

In 1973 Birmingham City became his third English League club in as many years, and the contenders for the number one jerseys included Dave Latchford, Gary Sprake and Paul Cooper, whose combined English League career appearances would eventually aggregate to almost 1200!

While at St Andrews Richie got one first team outing when he came on as a sub in a Texaco Cup game against Stoke City—and saved two penalties!

During this period he tasted first class football when he joined New York Cosmos for the 1972 North American Soccer League. Under English coach Gordon Bradley, Cosmos were runaway winners of the Northern Division and swept through the play-offs to defeat St Louis Stars in the Championship final.

Richie was an ever-present throughout the 16 campaign games. He returned to the States for one more season, lining out with Denver Dynamos in the summer of 1975. [NASL Record 1972 New York Cosmos 16 Appearances; 1975 Denver Dynamos 13 Apps].

In the summer of 1974, a year before his last American sojourn, he had answered the call from his ex-teammate John Smith to come to Oriel Park and his days as a short-stay bit-player were finished—over the next 11 seasons he re-wrote all of Dundalk’s goalkeeping records, filled his awards and trophy cabinet to overflowing and gathered a legion of Dundalk fans who proclaimed him the ‘best ever’.

Two Dundalk Player of the Year Awards sat beside the Soccer Writers accolade of Goalkeeper of the Year for 1979-80, a season in which he kept 26 clean sheets. His 21 League clean sheets from 33 games bettered Mick Smyth’s 1974-75 record of 16 from 26 games.

He was honoured six times with Inter-League appearances with the League of Ireland team, which included trips to play Brazil in 1981 and in the following year for New Zealands World Cup preparations. He also featured on a number of occasions in the final six from which the Personality of the Year was chosen.

He outlasted Jim McLaughlin, being the only survivor in April 1983 from McLaughlin’s first 1974 Oriel Park team sheet and by the time Richie himself left for Galway at the end of the 1984-85 season his club 407 appearances far outstripped all previous custodian records. Only Joey Donnelly had lined out with the club more often.

With three winner’s medals each from the League Championship and the FAI Cup, only Martin Lawlor and Tom McConville have comparable competition honours records.

During his three seasons with the Westerners he had to make room for some more mementos and memories. His first term brought another League Cup Winner’s medal, this one at the expense of his old club whose new manager Turlough O’Connor had released Richie after signing another (future) Dundalk goalkeeping legend Alan O’Neill.

There was further end of season joy when Dundalk’s failure to defeat Athlone Town in the last league game opened the way for Galway to grab second place, just two points behind champions Shamrock Rovers, and earn the EUFA Cup qualification spot.

The match reports after the 1979 Cup victory by 2-0 over Waterford ran out of words in describing the performance of Richie. “… magnificent … kept Dundalk in the game … denied Sid Wallace and Johnny Matthews almost certain goals … a breathtaking save from a 30-yard thunderbolt by Ger O’Mahoney … heroics … inspiring”. Jim McLaughlin added his tuppence worth: “Richie Blackmore was my man of the match.”

Player of the Year