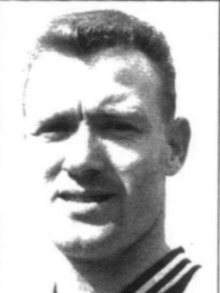 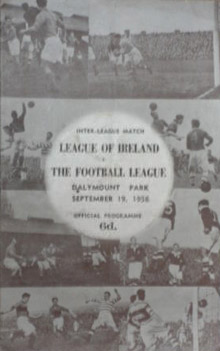 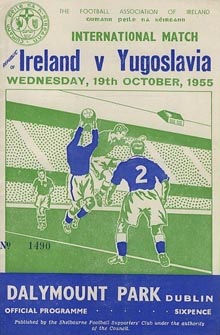 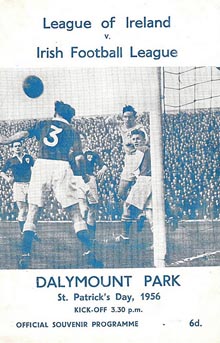 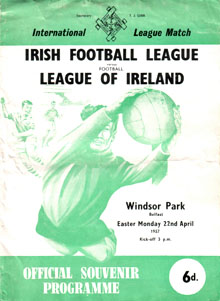 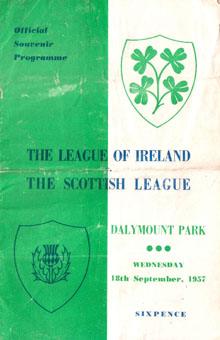 Whether viewed from the perspective of a player or that of a coach, Liam Tuohy’s CV when he came to manage Dundalk in the summer of 1969 was impeccable.

‘Coad’s Colts’, under the leadership of Paddy Coad, would dominate Irish soccer during the 1950s and Liam Tuohy played a central role.

Transferred to Newcastle United in May 1960 for £9,500, he stayed for three seasons, making 42 appearances and scoring 9 goals. Returning to Rovers in 1963, within 12 months he replaced Sean Thomas as player-manager, and delivered five FAI Cup victories between 1965 and his departure after the 1969 win.

Tuohy’s job as a group manager with HB Ice Cream, with responsibility for the North-East region and based in Dundalk, resulted in a heavy travelling commitment which made it extremely difficult for him to satisfy his Milltown coaching duties. Consequently he resigned the Shamrock Rovers position and shortly afterwards took on the role of Dundalk manager.

At Dundalk he was saddled with the end result of the high-spending Fox era—the club in heavy debt, current fund-raising mortgaged to repay these debts, a measly player budget and a non-existent youth policy.

In spite of these constraints he managed over three seasons to fast track the development of a bunch of callow Dublin youths—Charlie Hendricks, Sean Kelly, Sean Sheehy, Tony Keogh—and to kickstart the careers of local players Tommy Connolly, Willie and Gerry McKeever, Tom and Brian McConville, Joe Larkin and Gerry Rogers, while delivering a number of trophies (Shield and Leinster Cup) and reducing the club’s paybill.

In the summer of 1971 he was appointed manager of the Republic of Ireland’s International team, in succession to Mick Meagan and over two years he continued the process of moving the management of the International team into the professional era.

After leaving Dundalk at the end of the 1971-72 year he also took on the position of manager of Shamrock Rovers, now under the ownership of Louis Kilcoyne. But by the summer of 1974 he had resigned from both positions.

That however did not end his involvement with football management and by the early 1980s he was managing the FAI Youths, bringing them to the semi-final of the World Cup in 1984, qualifying for three European Championships and nurturing yet another generation of Irish players, including Denis Irwin, Alan Kelly, Niall Quinn, and John Sheridan.

During his spell as the FAI Youth manager he also managed Shelbourne for a spell. Later still in the early 1990s he took on the position of Director of Football with Home Farm.

Variously described as ‘one of the great personalities of Irish Soccer’, ‘the Godfather of Irish football’ and ‘a man whose contribution to Irish football could scarcely be calculated, much less repaid’ he remains without doubt one of the most dominant and influential Soccer Personalities to emerge from the League of Ireland in its near 90 years history.

In 1966 the Soccer Writers Association honoured him with their selection as Personality of the Year.

His first of four International goals, the opening score in the first match in the European Championship, an April 1959 2-0 victory against Czechoslovakia, was also the first ever goal scored in that competition.

Sean Ryan in ‘The Boys in Green’—the story of the Irish international team—assessed Tuohy’s two-year International reign as follows:

"Everything about Tuohy’s short term in charge was positive. He revitalised the squad and guided them to important victories, restoring morale and a much-needed belief among the players in their own ability to compete at the highest level.”