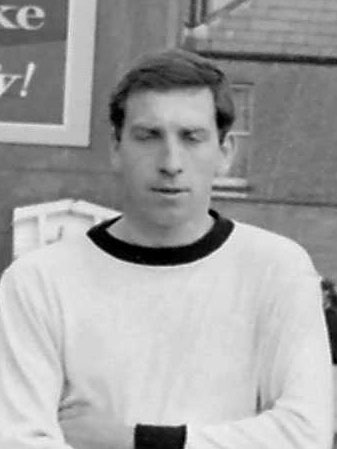 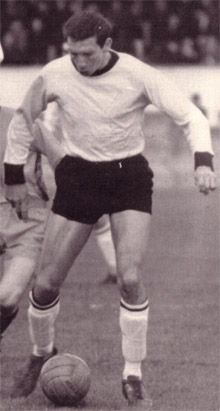 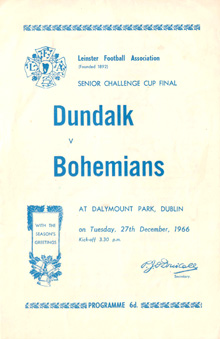 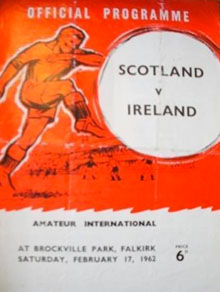 Jim Burke cut his competitive eye teeth with the Lower Shankill Boys Club, where he received his first representative honour when appearing with the Northern Ireland Youths against England. He had an unsuccessful spell with Cliftonville, departing after just two first team games, one of which was a 7-0 whacking from League Champs Linfield.

There were more honours at his Junior club Minorca, winners of the 2nd Division of the IFA Amateur League in 1959-60 and an amateur Cap against England, when one of his team-mates was Danny Hale.

His next move was to Carrick Rangers, where he added to his collection of International Caps, this time at Junior level, with four appearances, all against Scotland.

His return to the Irish League with Distillery in the 1962-63 year was much more successful than his earlier effort at Cliftonville. Over 4 seasons he made 95 appearances with Distillery, scored 17 goals and started in every field position except in goals—he did however substitute in that position on one occasion after the keeper had suffered a broken leg with twenty minutes remaining.

His Distillery debut was at right fullback and under manager George Eastham he earned a League Championship medal in his first season. The following year he lined out in several forward positions and from the centre forward spot he hit a hat-trick against Ballymena in the semi-final of the County Antrim Shield and scored in the 2-1 final victory over Glentoran. In his last Distillery season he became the regular left half-back.

He was one of a new squad of players that was assembled in the summer of 1966 by a new Dundalk Board of Directors, who had the dual aims of restoring the club’s playing fortunes and of undertaking a major revamp of Oriel Park. There was an immediate dividend when the Shield was annexed within two months, and before a memorable season was over it was joined by the League Championship and the Top Four Cup.

Central to these successes was the club’s midfield dominance over all opposition and at left half-back Jim Burke shared the midfield duties with Kevin Murray and Mick Millington.

He stayed for a second Oriel Park season before returning to the Irish League with Crusaders but an unhappy season resulted in Jim being released by mutual consent with a couple of months still remaining and he finished out the year with Larne.

For his last two Irish League seasons (1969-70 and 1970-71) he was reunited with Manager George Eastham, now with Ards and where he linked up with a number of ex-Distillery colleagues. Now playing on the wing he helped himself to 20 goals in his two-season stint. He came close to adding another League Championship when finishing second in the 1969-70 season to Glentoran before returning to Carrick Rangers, after a total of ten Senior seasons.

His work brought him to London for a couple of years, where thanks to a friendship with his neighbour, Sky match commentator Martin Tyler, he joined Isthmian League side Corinthian Casuals. At the time Casuals were managed by Mickey Stewart, formerly of Charlton Athletic but better known as a Surrey cricketer, who later managed the English cricket team.

After returning to Belfast in 1975 Jim played a couple of junior matches before finally quitting at age 36. Now semi-retired, he retains his football interests through a continuing involvement with his local junior football club, and the occasional visit to Oriel Park, where he links up with his teammates and supporters from those memorable days, more than 40 years ago.