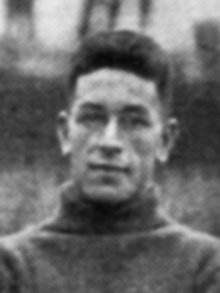 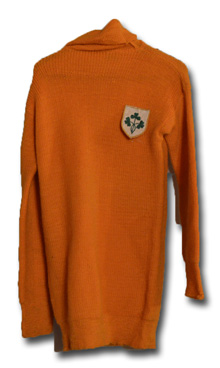 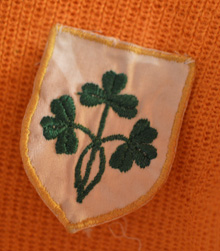 English-born Charlie Tizard arrived in Dundalk from Northampton Town in November 1936, two months after the opening of Oriel Park, in the midst of a goal keeping crisis following the departure of Welshman Dai Jones. In England he had started with Winchester City and had also been on the books of Crystal Palace (4 appearances 1934-35) and Mansfield Town (Reserves).

He quickly established himself as Dundalk’s number 1 and his 128 appearances over 4 seasons included a continuous run of 110 games between the posts. In his first season he collected three runner-up medals in the League, City Cup and Leinster Cup.

He made two appearances for the League of Ireland, in March 1939 in the company of two team-mates Dicky Lunn and Mick Hoy with a 2-1 win over the Irish League, followed 6 days later with a stunning 2-1 win over the Scottish League before 35,000 delighted home supporters at Dalymount Park.

Another crisis, this time financial, saw his departure from Dundalk in February 1940, after a shock FAI Cup loss to Leinster League opponents Distillery, when he and Billy O’Neill were transferred to Glentoran. Billy came back to Dundalk at the end of the season—Charlie stayed with the Glens for a second season and made a total of 49 appearances, collecting County Antrim Shield and Charity Cup mementos. He later turned out with Shelbourne, appearing with them in the 1943 Inter City Cup.

A generation of Dundalk schoolboys remembered him for his role in the club’s annual Oriel Park fundraising carnival. For three pence you could test your skills against ‘Tizard the Wizard—Score 3 penalties and win a new bicycle’. Needless to say nobody ever won the new bicycle! A barber by trade, he listed photography and cricket among his pastimes.

He married a local girl, Kathleen Mullan, and lived in Belfast for 40 years before returning to England. His remains were cremated and buried in Haggardstown cemetery.

Democrat: “Without a doubt he is one of the best custodians we ever had on our books. Some compare him to Hampton and Lewis and he is certainly of their class. Utterly dependable.”