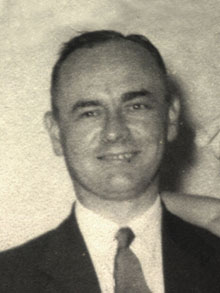 Left-winger Jack McMahon from Ardee made a brilliant start to his League of Ireland career with Dundalk, after showing up well in the pre-season trial at the beginning of the Championship winning 1932-33 season.

He started in each of the opening nine matches, scoring in three League games, before being sidelined by an ankle injury, which effectively ended a promising career.

Mick Burke took over the left wing spot for the remainder of the campaign. Jack qualified as a solicitor and had a successful practice in Ardee until his death.