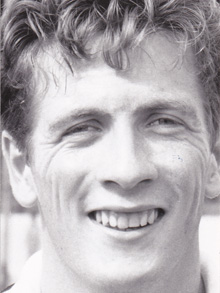 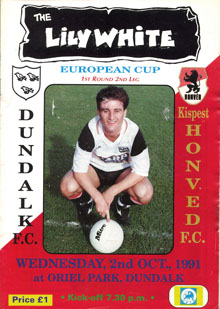 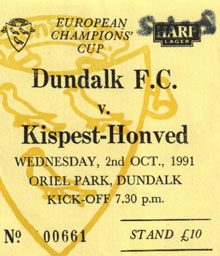 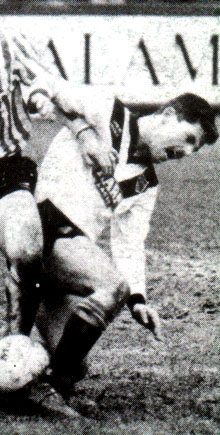 After two seasons with a Shelbourne squad that struggled to justify the description ‘middle-of-the-table’, Paul Brady was transferred to Dundalk in the summer of 1990. He went straight into the first eleven for the first dozen games but thereafter he tussled with Dave Mackey and Mick Kavanagh for a position on the starting line-up. He made an appearance in half of the Championship-winning League games.

He also started in both legs of the following season’s European Cup games against Kispest Honved.

A move to Bray Wanderers early in the 1992-93 season brought little joy as the Seasiders languished all year long in the Premier Division basement and eventually finished last. His next move, to Division One Athlone Town managed by Michael O’Connor, was much more productive when they opened the season with a 19-games unbeaten run.

However the run had included ten draws and they were finally caught by Sligo Rovers with both clubs comfortably filling the two automatic promotion spots. With 25 appearances in the 27-game League, Paul added a Division One runner up award to his Dundalk 1990-91 Premier Division winner’s medal.

At the end of the following season Paul found himself in the play-offs and after two scoreless draws and extra time Athlone finally held on to their Premier status, defeating Finn Harps in a penalty shoot-out. A couple of months into the 1995-96 term he moved again, this time to Division One Monaghan who could manage only two wins in a 27-match season and finished a long way last.

Paul’s 9-season League of Ireland career ended after the 1996-97 year that he spent with Longford Town.

While with Dundalk in August 1990 he was capped with the LOI Under-21s under Jim McLaughlin in a 2-2 Dalymount Park fixture against the Australian Olympic XI.