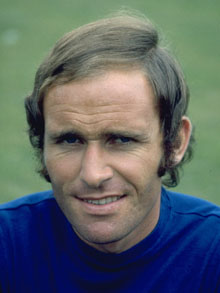 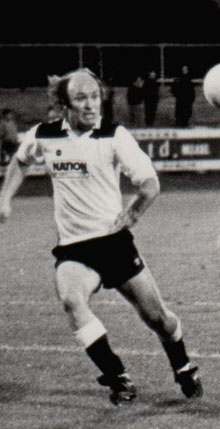 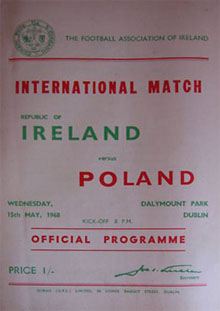 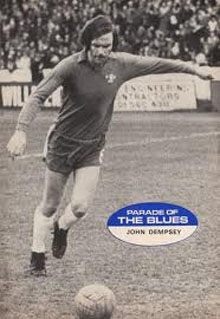 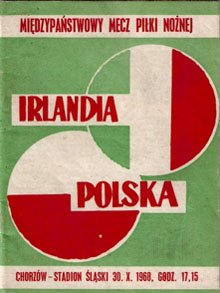 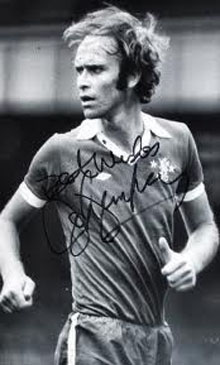 John Dempsey was no-nonsense centre-half, whose 6ft. 1in. height, allied to a timely tackle, enabled him to dominate most of his opponents. Joining Fulham as an apprentice in 1962, he was just under 19 years of age when he made his English League debut in January 1965 and thereafter became a first team regular.

Qualified to play for Ireland through his parents—his father was a Waterfordman and his mother was from Kildare—he received the first of his 19 Irish caps against Spain in a 1966 2-0 European Championship loss in Valencia and became the first Irish player to be sent off when he and his Hungarian opponent were sent to the line in a 1969 World Cup tie.

Following Fulham’s relegation to the second division John was transferred to Chelsea in January 1969 for a fee of £70,000. Dave Sexton was then adding bite and steel to the remnants of Tommy Docherty’s glamorous 1960s squad.

The end result was a team that combined creative flair, provided by Osgood, Hudson, Cooke etc allied with the tough tackling of Ron ‘Chopper’ Harris, David Webb and Dempsey, signalling the most successful period in Chelsea’s history.

Known as ‘Mr Reliable’ the defensive foundations of the squad were built around his excellent partnership with David Webb. Winning the FA Cup in 1970 in a replay, after two take-no-prisoner matches against teak-tough Leeds United, was the passport to winning the European Cup Winners Cup in the following year.

In another Cup final replay, this time against Real Madrid in Athens, Dempsey scored one of his rare goals in the 2-1 replay win. He failed to make it three winner’s medals when he was on the losing side in the 1971 League Cup final to Stoke City.

He finally left Chelsea in 1978, after more than 200 appearances, headed for the USA and for three more seasons he lined out with Philadelphia Fury. In 1979 he was voted the North American League’s defender of the year, relegating Franz Beckenbauer into second spot.

He had a spell at Maidenhead as player-manager before arriving in Dundalk to take the place of Jim McLaughlin for the 1983-84 season.

After a decent season start—just two losses in the first nine games, one of which was a loss on penalties to Shamrock Rovers in the final of the City Cup—the rot set in and six league games without a win led to frustrations. A third place League spot in late November was converted to a bottom half eight by the end of January. Compounding matters were John’s altercations with referees and team indiscipline leading to suspensions.

However it came as a shock when manager Dempsey was suspended by the Board in late January and youth manager Tommy Connolly took over. While that decision was quickly rescinded, it came as no surprise when it was announced in March that Dempsey’s two-year contract had been terminated by mutual consent with a reputed £10,000 compensation package, and Tommy Connolly took over for the rest of the season.

But supporters were not happy at Dempsey’s treatment and the Supporters’ Club took the unprecedented step of passing a vote of ‘no confidence’ in the Board.

He afterwards became a physical education and sports instructor. Now living in Hemel Hempstead, he devotes his time to working in a local Resource Centre, helping those with learning disabilities and also working in a hostel for the homeless.

At the Chelsea 2008 end of season awards ceremony held at Stamford Bridge, he was the recipient of a special recognition award, made by John Terry, for his Chelsea career and for his extensive charity work.

From Chelsea: A complete Record (Scott Cheshire): "Dempsey was a dominant, uncompromising centre-half whos was a pillar of Chelsea's defence in the most successful period of the club's history."