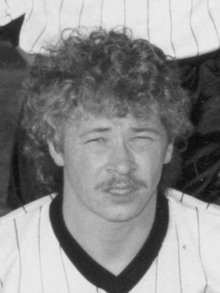 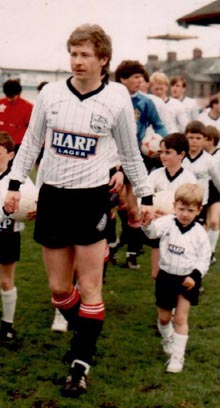 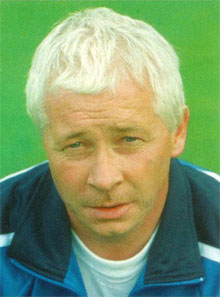 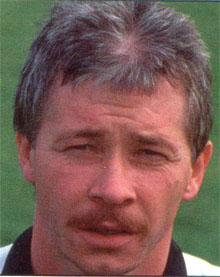 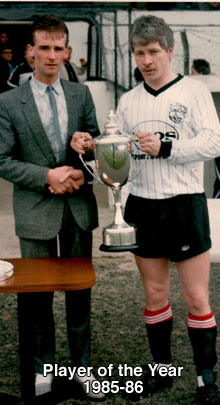 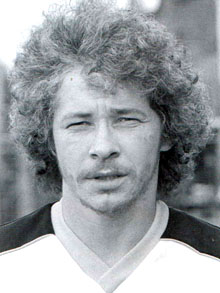 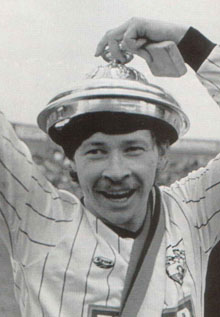 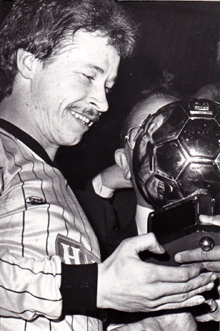 Starting with St Kevin’s Boys in North Dublin, Joey Malone was just seventeen when he joined Bohemians in the 1976-77 season and made his first team debut in the title-winning 1977-78 year, while understudy to Pat Byrne. He was a member of the Irish Under 21 squad that played in the 1978 Toulon tournament and made starts in all four games.

But with just one league appearance in the following season—Manager Billy Young having decided that Padraig O’Connor was ahead of Joey in the pecking order—it was time to move on and he ended up with St Patrick’s Athletic under Charlie Walker.

Operating either as sweeper or at midfield, he was a first team regular at Richmond Park for five seasons, missing very few games but Pats at this stage struggled to get into the top half of the table and there were very few honours for Joey, sweeper and team captain. One of the few came in the 1982-83 year with a victory in the Leinster Cup against Drogheda, filling a six year gap since Pats previous trophy win.

After spending the tail end of the 1983-84 year at Home Farm, his former Bohemians team mate, Turlough O’Connor, recruited him to go to Athlone for the 1984-85 season and then to join him again at Dundalk in the following season.

Joining a batch of ex-Athlone and ex-Bohs at Oriel Park, he was again appointed captain and it didn’t take long before the honours started to arrive. In December 1985 he was the recipient of the Soccer Writers’ Player of the Month Award and at season’s end he was Dundalk supporters’ choice for Player of the Year.

There was the disappointment of a loss in the final of the League Cup to Galway United in January but a year later there was compensation in the same competition when Shamrock Rovers were turned over to deliver Turlough O’Connor’s first Dundalk trophy.

However, it was Rover’s year and in Dermot Keely’s first term as manager they completed the League-Cup double with Dundalk taking the runners up mementos in each competition. For Joey, and for Dundalk, glory was just round the corner.

The addition of Paul Newe and Michael O’Connor gave Turlough O’Connor a 1987-88 15-man squad that is many supporters’ choice as the best ever Dundalk panel—brimful of class, experience and leadership—and that delivered the club’s second League-Cup Double.

In the process, the fan’s experienced a memorable closing series of League and Cup games terminating in a nail-biting last day League decider against St Patrick’s Athletic at Oriel Park and an FAI Cup final against Derry City determined by a dubious penalty.

Centre stage throughout was captain Joey Malone, who missed just one game in the 50-match season and who was finally receiving the highest competition honours after ten seasons.

Joey had two more seasons at Oriel Park before the opportunity arose to take a step into the management scene when he was appointed manager of Galway for the 1990-91 term. In his five Dundalk seasons he had made more than 200 appearances, clocking at an average of 40 games per season!

Joey made a dreadful start to his managerial career, losing seven of the opening nine League games—when they lost to Dundalk at the end of October they sat in 12th and last spot. However by Cup time they had hauled themselves up to a comfortable eighth which they maintained to the end of the season.

And with two ex-Dundalk colleagues in his squad—John Cleary and Larry Wyse—the season ended in glorious triumph with victory in the FAI Cup, when the Westerners defeated hot favourites Shamrock Rovers in the Lansdowne Road final.

Disappointed at losing some key members of the cup-winning team and unhappy with a lack of control over team selection, Joey resigned in July, was then persuaded to return but by mid-season the parting was final and he finished the year with Longford in the First Division. In the event both teams ended up in last place in their respective Leagues.

In the following year he found himself in the unusual position of starting the season with Waterford in the Premier division, then switching to Monaghan in the First Division and finally participating in the play-offs between the same two teams! He appeared in nine late season games, tasting defeat just once, helping to steer the Mons to their first Premiership promotion.

He closed his19-season League of Ireland playing career back with Division One Longford Town in the 1995-96 year under his long-time teammate John Cleary. He followed James Coll as manager at Athlone Town in October 1998 spending a year in the midlands.

In May 1986 Joey was the captain of the League of Ireland squad under Bohemian’s manager Billy Young that travelled to Baghdad in May 1986 to play the Iraq national team for their final warm-up game before the Mexico World Cup finals. The Irish squad travelled at 48 hours notice after Iraq’s opponents pulled out because of the tense and dangerous military situation in Iraq. An indication of how serious was the situation that Iraq qualified from a 6-team group having been forced to play all their home games on neutral territory.

On the birthday of the attending dictator Saddam Hussein and played in sweltering heat before a hostile 100,000 crowd, the Irish team were defeated 1-0, narrowly missing out on a famous draw when Tommy Gaynor’s goal was disallowed for off-side. Efforts to have FIFA recognise the game as a full international having failed, the squad were the guests of the FAI in honour of their achievement at Ireland’s November 2008 fixture against Poland.

A fully qualified coach with a UEFA A licence, Joey was for many years a senior FAI coach and during the Jack Charlton era he traveled the country coaching both kids and coaches. He spent ten years as Irish scout for Aberdeen and for the past two years has been Glasgow Celtic’s Irish scout.

A close friend of Paul McGrath’s since they played together at St Patrick’s Athletic in the early 1980s, in the last few years he has been helping to manage Paul’s affairs.

For almost 30 years he has been with the Dublin Institute of Technology in Bolton Street Dublin, employed as a technical assistant in printing.

Irish Times after his performance in the first leg of the Sept 1987 European Cup Winners’ Cup against Ajax Amsterdam : “Joey played out of his skin … ‘cleared again by Malone was probably the most common phrase used by commentators … some said it was his best display in a Dundalk shirt …. Others said ‘the best of his career’.”

SW Player of the Month December 1985