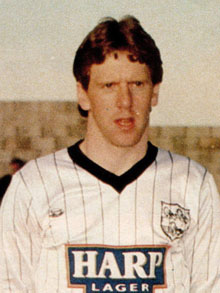 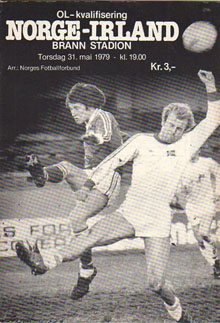 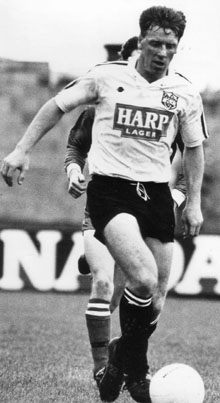 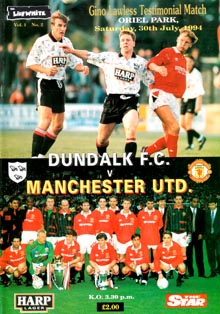 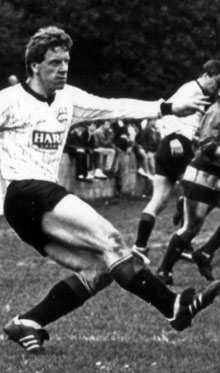 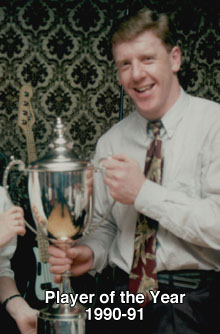 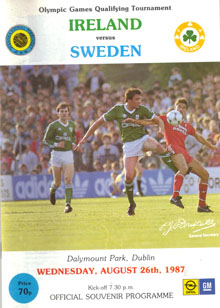 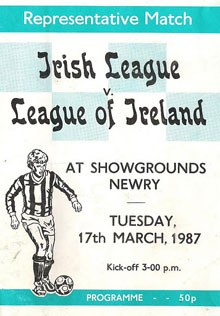 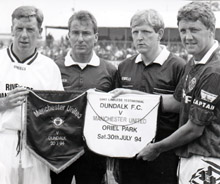 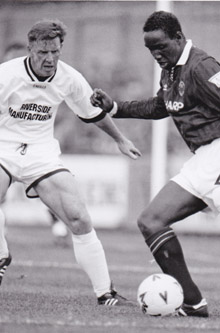 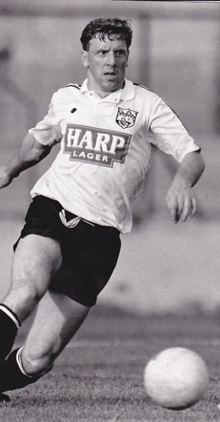 The success of youths team Cambridge Boys in the Dublin Schoolboy Leagues of the mid-Seventies drew the attention of League of Ireland scouts and Gino Lawless and future Dundalk stalwart Paddy Joyce signed for Bohemians.

Unlike the player that he later became, as an 18-year old Gino was small, and had difficulty with the physical demands of training and of attaining the fitness levels required for League of Ireland football. A year with the Bohemian’s reserves under the demanding Billy Young left him more battle-hardened.

He made his first team debut in Bohemians opening fixture of the 1978-79 season, in the Presidents Cup, and his goal in the 10th minute set the scene for a 3-1 victory over the Johnny Giles-managed Shamrock Rovers and for his first senior medal.

A month later he had his first experience of European football when, in the company of Turlough O’Connor, Paddy Joyce and Terry Eviston, Omonia Nicosia were despatched on away goals in the European Cup.

As a result of crowd trouble at Dalymount Park, the home tie for the next round skirmish against the powerful Dynamo Dresden was scheduled for Oriel Park, but an excellent scoreless draw was not sufficient against Dynamo’s clinical 6-0 home victory.

Before his first senior season was over he had added two further winner’s trophies in the League Cup and the Leinster Cup, both also at the expense of great rivals Shamrock Rovers, each coming on the back of 2-0 victories.

But while there were occasional subsidiary trophy wins for Bohemians, the era was dominated by Dundalk, Athlone and later Shamrock Rovers and all that Gino had to show in the major trophies were three League runner-up medals (1978-79, 1983-84 and 1984-85).

Even the FAI Cup was unkind. In 1982, after overcoming Dundalk in a four-match semi-final marathon, Bohemians fell at the final hurdle to a Tony Ward-inspired Limerick. Twelve months later, this time after a three-game Drogheda semi-final saga, a half-time lead was surrendered to League strugglers Sligo Rovers in another final day loss.

The highlights of his Bohemians career? Undoubtedly the UEFA Cup 3-2 victory over Glasgow Rangers at Dalymount Park in 1984 and Gino’s winning goal, a 30-yard run past three defenders and a shot from the edge of the penalty area—now available on Youtube. He was also capped at the Irish Under-21 level, coming on as a sub on two occasions in the 1979 Toulon tournament.

His performances did not go unnoticed by the foreign scouts and strong interest was expressed by a number of clubs—and specific offers from Dundee United and FC Cologne—but Gino always rated the security of his Post Office job above the uncertainty of a full-time professional football career.

Each year the best of the Bohemians crop was taken by other clubs and after ten years at Dalymount Gino came to the conclusion that it was time for a change. Having already agreed to Jim McLaughlin’s terms to go to Shamrock Rovers, Turlough O’Connor then made his pitch and Gino ended up at Oriel Park.

Although his first season yield at Oriel—three runners up awards in League, FAI Cup and Presidents Cup—looked like more of his Dalymount experience, the next seven years at Oriel Park would see substantial additions to the Lawless cv—League and FAI Cup medals, more European action (seven games) and a batch of appearances with the League of Ireland team (9 caps), including participation in Ireland’s qualifying games for the 1988 Olympics.

Eight years earlier while with Bohemians Gino had played in Ireland’s failed attempt to qualify for the 1980 Olympic finals, appearing in both legs of the qualifying tie against Norway, and was the only Irish player to play in both the 1980 and 1988 qualifying ties.

After an injury to Dave Connell early in 1986-87, Gino moved to full-back partnering Martin Lawless, where in their spare time from shackling the opposition they each had a licence to move forward. Gino did not score many goals but he made a priceless and memorable scoring contribution to a key League match of the 1987-88 League-Cup Double victory in a game that will be spoken of so long as there is a Dundalk FC.

On Easter Monday April 4th 1988 with three League games remaining, Dundalk were locked with Bohemians and St Patrick’s in a battle for the Championship and already in the FAI Cup semi-final—and were two down to Derry City at Oriel Park in a crucial League match.

With just thirteen minutes left in the game, the dreams of a League-Cup double were virtually buried and local supporters were heading for the exits when Gino kickstarted the mother of all recoveries, getting first to a Terry Eviston corner in the 77th minute. Barry Kehoe (83 minutes) and Dessie Gorman (90 minutes) completed the comeback, setting up the rest of an historic season.

Three years later, now back in a central midfield role and playing probably the best football of his career, he would play an equally memorable role on the last day of the 1990-91 Championship in a winner takes all battle against Cork City before a packed and expectant Turner’s Cross attendance of 12,000.

In the 77th minute Gino won a crucial midfield tussle for the ball, exchanged a delicate one-two with Terry Eviston before releasing the inrushing Tom McNulty with a superbly judged ball, exposing the City defence and Tom beat goalkeeper Phil Harrington for the only goal of the game, to clinch Dundalk’s eight Championship Pennant.

Against the hottest opposition, Gino was the supporters’ choice as Player of the Year. His testimonial came in July 1994 against Manchester United and shortly afterwards he left for Bohemians, linking up again with Turlough O’Connor.

By the following January he was on his way to struggling Athlone Town. He couldn’t save them from a tenth place finish but managed to avoid relegation when they defeated First Division Finn Harps in the play-off.

He finished his career in the 1995-96 season with St James’s Gate, bringing his total League games appearances to 476 over 18 years.