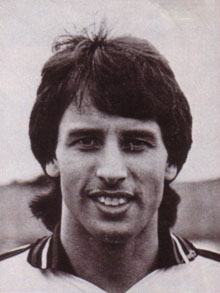 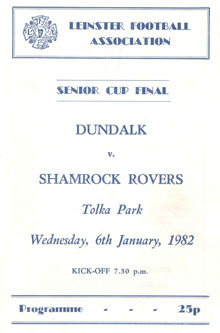 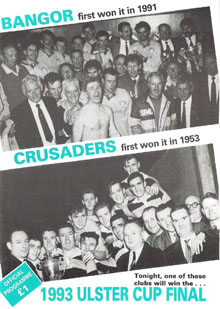 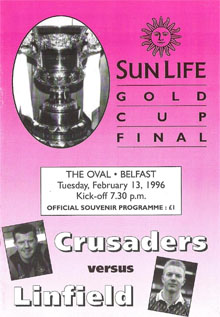 During Youth International Robbie Lawlor’s first spell at Dundalk, he was trying to break into a first team that contained some of the leading defenders of the era and his call-ups in three seasons were limited to 27 games, including substitute appearances. A move to UCD proved much more productive.

A change of policy saw the appointment of Dermot Keely as UCD manager for the 1983-84 year and the recruitment of half a dozen semi-professionals that included ex-Dundalk players Robbie, Paddy Dunning and Frank Devlin. There was a turnaround in the club’s League fortunes, moving from second last to a comfortable mid-table position, and the club were defeated in the Shield final to Limerick but the real reward came in the FAI Cup.

Keely had left in mid-season, head-hunted by Jim McLaughlin to go to Shamrock Rovers, and he was on the losing side when the students defeated the Hoops in the final replay, putting an end to Rovers’ long-running Cup Final replay invincibility and earning a plum draw against Everton in the European Cup Winners Cup.

At the end of the following season, and after the loss of a number of key players, UCD’s semi-professional players were released for financial reasons. Robbie spent the 1985-86 term with Shelbourne, when the Reds failed to hold on to their Premier Division status in its first year. In 1987-88 he was with Shamrock Rovers, in the Hoops first post-Milltown season and after an unsatisfactory return to Dundalk in 1988-89, he ended up with Bohemians Reserves.

In the early 1990s, with Irish League transfer prices going through the roof, Crusaders manager Roy Walker looked South in his quest for new players. Martin Murray was his first League of Ireland acquisition to be followed within a couple of months by Robbie Lawlor, just short of his 30th birthday. Other near-veteran Southerners would follow—Derek Carroll, John Cleary—and they would backbone the Crue’s assault on all the Irish League Trophies. Robbie, at last, was in for the long haul and for seven seasons he became part of the Seaview furniture, during Crusaders finest era.

Robbie made a total of five appearances in European competition—being red-carded in a 1996 UEFA Cup tie. Lining out at either full-back or the centre of the defence, he was a dangerous striker of the ball at set pieces and never missed an opportunity to turn defence into attack.

When he quit at the end of the 1997-98 season he had clocked up almost 200 Crusaders appearances. For Crusader’s 1995-96 Gold Cup victory—a 1-0 win over Linfield—he had his brother Martin along side him. Martin was making a quick trip North as his career was winding down, playing 4 games with Crusaders of which two were in the UEFA Cup.

A son of Kit Lawlor, he was one of eight footballing brothers who in the 1980s took on all-comers in 7-a side tournaments. Managed by their father, the squad included Mick and Martin, both Dundalk legends, as well as Brendan, Francis and Dave (Wharf), Willie (East Wall Utd) and Tony (Castle Utd). They played under the name Mother’s Pride—Kit used to work in the Mother’s Pride Bakery.