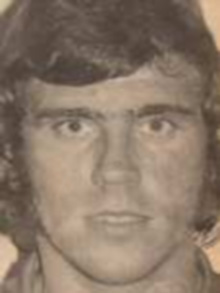 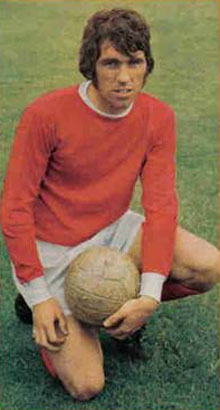 A 9-match winless run in November and December 1973, that yielded just 5 goals, had killed any real hopes of League success for new manager John Smith. The signing of Willie Waddell in January 1974 was the last throw of the dice. And it nearly paid off.

The goals began to flow and Willie only experienced defeat in two of his Dundalk games—unfortunately one of them was a 4-0 FAI Cup replay mauling against Bohemians. Defeating Bohs a few days later in the League was no consolation nor did Willie’s record of 6 goals in 11 starts save him. A week after the Cup loss he departed.

A Scottish Schoolboy International, he had been apprenticed to Leeds United as a 17 year-old, and had returned to Scotland for two years, making 32 appearances with Kilmarnock before signing for Barnsley in July 1971.

He also had spells with Hartlepool United and a loan period with Workington Town before arriving at Oriel Park, after a busy 2-season English League record of 69 games and 13 goals.

He had left a lasting impression with Hartlepool fans after his two year stint there.“We've got Willie Willie Willie Willie Waddell on the wing, on the wing"…so sang the Hartlepool supporters. Pool were deep in re-election trouble when Willie arrived from Barnsley in March 1972. He played a full part as the team won each of its last 7 home games to pull clear of danger and established himself as a real fans' favourite during his 2 years at the club.

At Oriel Park he could be brilliant at times but didn’t deliver often enough.

After his Dundalk stint he ended up playing in South Africa with a number of clubs including Durban City, Durban United, Highlands Park, Maritzburg and Suburbs United.