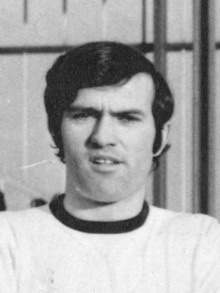 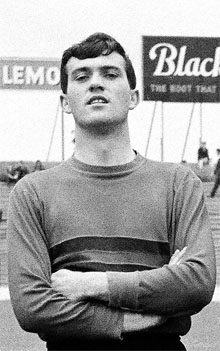 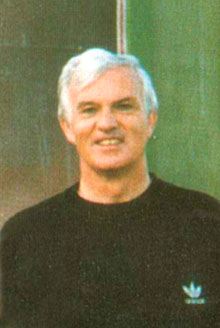 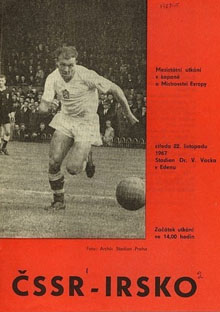 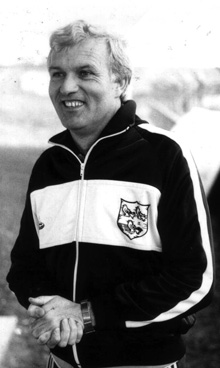 In a football career spanning 34 seasons, Turlough O’Connor filled two roles, starting in 1964-65 as a player with Bohemians and finishing when he stood down as manager of Bohemians in 1997-98. In each of the roles, as player and manager, he left the indelible mark of greatness.

When assessed in its totality, his career achievements warrant the accolade of the most remarkable personality in the near 90-year history of the League of Ireland. Only one player in the League’s history, Brendan Bradley, has scored more League goals: only one manager, Jim McLaughlin, has a comparable managerial record and only Liam Tuohy’s multiple record as player, manager and coach offers a meaningful comparison.

As a youngster in his native Athlone his goal scoring feats brought him Youth International caps and Limerick boss Ewen Fenton was impressed enough to sign him and he made a scoring debut for Limerick in a Shield game against Sligo. However, injuries limited his Shannonside career and he ended up back at the Athlone Reserves.

Not long after (February 1965) he signed as an amateur for Bohemians, again making a scoring debut in a 1-0 win over Cork Hibernians. By May 1966 he was on his way to Fulham in the company of teammate Jimmy Conway.

A regular scorer with the Fulham Reserves, hernia operations in each of his two Craven Cottage seasons restricted his first team appearances to a single League game, before he returned home in the summer of 1968 to sign for Dundalk.

But under three excellent managers at Fulham—Dave Sexton, Vic Buckingham and Bobby Robson—he had listened and learned, and absorbed the essentials of professional management and coaching techniques.

His stint at Fulham also brought his first Irish International cap when he scored a late winner in a memorable 2-1 European Nations Cup victory over Czechoslovakia in Prague. A hat-trick in a Eunan Blake Benefit match at Derry on his club debut and another hat-trick on his Oriel Park debut were a foretaste of what was to come.

In four Oriel seasons he hit 86 goals, although his second year was bedevilled by cartilage problems. In early December 1969 he equalled the club record for single match League goals when hitting four against League Champs Waterford in a 6-1 Oriel Park hammering, earning the Irish Independent’s Sportstar of the Week for his “5-star performance, which sent Dundalk two points clear at the top of the League”.

Liam Tuohy, doubling up as manager of both the Irish and Dundalk teams, selected him for a very successful Mini-World Cup Tournament in Brazil in 1972, where Turlough added four more caps to his collection and again obliged with a score in a 3-2 victory over Ecuador.

On his return from International duty financial problems at Dundalk resulted in his departure, back to Bohemians, now reconstituted as a professional club. Over the following seven seasons he re-wrote the Bohemian goal scoring record book, helping to land two Championship titles and being runner up on another three occasions. By the time he quit, his name was on 178 League goals alone, a mark surpassed only by Brendan Bradley.

His first dip into management was as player-manager of his home town club Athlone Town. Elected to the League in the 1969-70 season, Athlone had only once finished in the top half of the League in the ten seasons before Turlough took charge. All that was about to change.

A third place League finish, beaten finalists in the Leinster Cup and winners of the League Cup and All-Ireland Tyler Cup in his first season (1979-80) was just a taste of things to come.

Over a six year spell until the end of the 1984-85 season, there were two League Championships, two more League Cups and they finished out of the top three League spots on only one occasion.

He and Dundalk manager Jim McLaughlin dominated the era and in 1980-81 he was the recipient of the Soccer Writers Personality of the Year Award. He took over the Dundalk manager’s role for the 1985-86 year and proceeded over the following eight seasons to improve further still on his Athlone achievements. This time he added the League-Cup Double in the 1987-88 year.

Remarkably, in a 21-season stretch as player and manager, from 1972-73 with Bohemians until he quit as Dundalk manager in 1992-93, he could boast 6 Championship wins and 5 times runner up, and his teams had never placed out of the top four spots.

His last management role was back to Bohemians for the third time, but he could only manage two League runner-up places before finally retiring in 1997-98—completing a total of 34 years involvement at the highest level.

His father, also Turlough, had played International basketball and had been capped at Junior International level in 1937, while playing with Athlone Town. He was not the only goal scorer in the family—brothers Padraig and in particular Michael were regularly on the scoresheet with a number of LOI clubs over a long period.

While with Dundalk Turlough joined the clothing manufacturing company owned by his team colleague Tony O’Connell and more than 40 years later that partnership still flourished.

The Book of Irish Goalscorers (Sean Ryan): “.. an innate confidence in his own ability, essential for all goal-scorers … an unselfish player who made a lot of goals for others … excellent leadership qualities …”

Irish Independent’s Sport Star of the Week Dec 12 1969, after his “5-star performance against Waterford, scoring 4 goals and putting Dundalk two points clear at the top of the table”.

Honours as a manager: