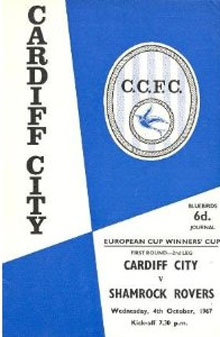 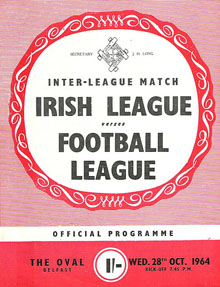 Left-winger Tommy Kinsella had a wealth of experience when he was enticed to Oriel Park by Liam Tuohy during his first season as Dundalk’s manager.

Born and bred in Blackrock, Dublin, he was signed by Drumcondra from St Josephs, Sallynoggin, and captained the Drums Minors to success in the FAI Minor Cup in 1960, making his League of Ireland debut in April 1961.

In the following season, his seven League goals in just nine appearances attracted a lot of cross-channel attention and he was transferred to Arsenal in January 1962, spending almost two years at Highbury, playing mainly in the reserves.

On the occasion of the opening of a new set of lights at Dalymount Park he scored for the Arsenal first team in an 8-3 shooting match against a Bohemians Selection.

After a change of manager, when England legend Billy Wright took over at Highbury, Tommy decided to return to Ireland. In September 1963 he was transferred to Distillery, but before the season ended had moved to the Bertie Peacock-managed Coleraine, who failed by just a point to catch Irish League winners Glentoran.

The following season he was a member of the squad that again finished second in the Irish League, this time to Derry City, but made up for that by winning the club’s first Irish Cup.

In the 1965 2-1 final victory over Glenavon, Tommy’s pace on the right wing created constant bother and the Coleraine winner came after one of his crosses caused panic among the defenders. He also collected winners’ medals in the Ulster Cup and the Gold Cup, and in October 1964 was on the Irish League team that played against the English League.

In 1967 he returned to Dublin joining Shamrock Rovers who were on their way to completing an historic six FAI Cup wins-in-a-row sequence. Under Liam Tuohy’s management and switched to the left wing with Frank O’Neill on the right, Tommy picked up winners’ medals in 1967, defeating St Patrick’s Athletic, and again in 1969 when Cork Celtic were ousted in a replay.

In the summer of 1967 he was a member of the Shamrock Rovers party that travelled to the USA, participating in the American Soccer League, playing under the name of Boston Rovers. He closed his Rover’s career in May 1969 in the final of the two-legged Blaxnit Cup final, losing to his old club Coleraine.

With Dundalk he kicked in eight League goals, second only to Paddy Turner’s nine, but a promising halfway position was thrown away thanks to a six-losses-in-a-row sequence in the New Year.

However, he played a key role on one memorable day at Oriel Park in the winter of 1969, when in a late December top of the league clash against co-leaders and reigning champs Waterford, the visitors were blitzed 6-1. Turlough O’Connor’s four goals equalled the club League match record, and Tommy supplied the other two.

Injury-bound for the 10-0 Anfield drubbing from Liverpool in the Fairs Cup, he lined out in the more respectable 4-0 defeat in the Oriel Park second leg. He left at season end and returned to Drumcondra for a second stint at Tolka Park, making five late season appearances in 1970-71 and another half-dozen in the following year, the last ‘Drumcondra’ season.

With Dalkey United and Workman’s Club he later played in the Leinster Senior League. His playing days over he took up refereeing in UCD for Dr Tony O’Neill and also got involved in coaching with St Joseph’s Boys club, back where he had started, settling in Ballybrack. After retiring from Smurfit’s in Clonskeagh he moved to Gorey, where he died after a long illness.