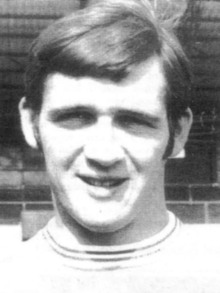 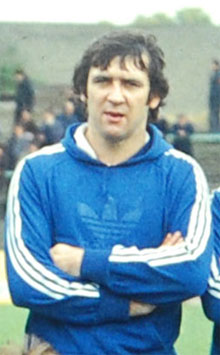 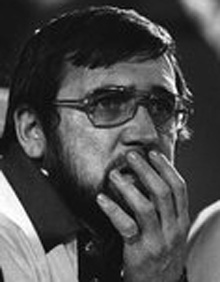 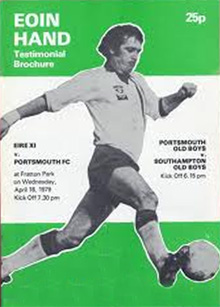 Right winger Eoin Hand’s first trip to sample English League football was a quick one, when immediately after completing his Leaving Cert he went to Swindon Town directly from Dublin junior club Old O’Connells. But in double quick time he was at Oriel Park under Gerry Doyle for the 1965-66 season—the last ‘old’ Oriel year—making his debut in the opening fixture Presidents Cup loss to Drogheda.

Two goals the following weekend in the Shield fixture against Cork Celtic secured his first team place for the first 11 fixtures, which included an appearance in the final of the Dublin City Cup, when he scored in a 3-2 loss to Cork Hibernians. However a recurring hamstring problem and the arrival of Joe McGrath in October restricted his appearances for the rest of the season.

In the big clearout at the end of the year, to make room for the new Alan Fox-managed team, Eoin was released and moved to Shelbourne, debuting and scoring against Drumcondra in an August 1966 Shield game but in double quick time (after 3 appearances) he had moved to Drumcondra, then managed by Royden Prole. An injury to Brendan Masterson forced Prole to improvise and attracted by Hand’s physique he was relocated from the wing to the half-back line.

Eoin never looked back. For each of his two full seasons at Tolka Park he was Drum’s leading League goalscorer and by October 1968 he was transferred to Portsmouth for a fee of £7,500. Now converted to a wing-half and later to centre half, he had two spells at Portsmouth from 1968 to 1979, making 307 first team appearances. Between his two Fratton Park spells he spent a season in South Africa and a couple of months with Shamrock Rovers in the autumn of 1977.

His first of 20 Irish caps came in May 1969 against Czechoslovakia and he finished his international playing career in style in October 1975 when Don Givens destroyed Turkey, in a 4-0 European Cup thrashing. After his Portsmouth testimonial he made his managerial debut with Limerick for the 1979-80 year, and landed Limerick’s first League Championship in 20 years, when they got the better of Dundalk by a single point.

With two excellent centre-backs in Joe O’Mahony and Brendan Storan, and now freed to play at midfield, he contributed 12 goals from 28 appearances. To cap a marvellous year, he was nominated as the Soccer Personality of the Year.

He remained in charge for a total of 40 matches, and but for some bizarre refereeing decisions might have brought Ireland to the 1982 World Cup finals in Spain.

This would have been a considerable achievement bearing in mind that Belgium, Holland and France were also in Ireland’s qualifying group. His Championship record—23 World and European Cup, Won 9, Drew 5, Lost 9—bears scrutiny with the best Irish performances.

For the best part of 10 years he remained involved in team management and coaching that brought spells at St Patrick’s Athletic, Shelbourne, Huddersfield Town (manager from 1988 to 1992), Saudi Arabia and South Africa. In 1997 he took on a new role as Career Guidance Officer with the FAI.