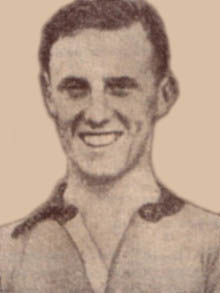 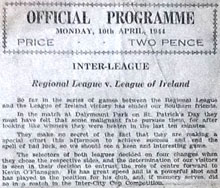 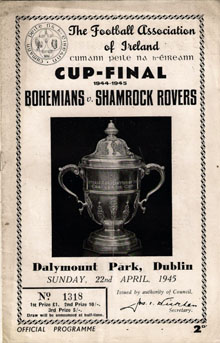 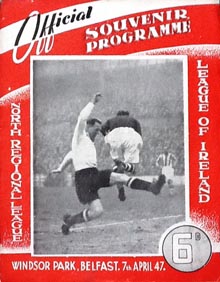 At school in Summerhill College, Sligo, Peter Molloy was one of the pillars of the 1940 Connaught Colleges side that won the GAA All-Ireland Colleges title for the first time. During holidays however he was lining out with the Sligo United Minor team that progressed to the final of the FAI Minor Cup, losing out to Waterford Evergreen. But playing with his home-town Athlone Town put paid to his Gaelic career until he joined the Irish Army.

After graduating from local under age teams, he played with Athlone Town in the Dublin Athletic Union League in the late 1930s. During World War 2 he joined the Irish Army, turning out with Army teams in both soccer and Gaelic football and in 1941, 1942 and 1943 he represented the Defence Forces in prestigious end of season matches at Dalymount Park against League of Ireland Selections. Meanwhile in 1942 he helped the Western Command to win the GAA Army All-Ireland title.

Like his uncle Dinny Hannon, who played International football in the early century, he joined Bohemians and during the 1943-44 season he was twice honoured at centre-half by the League of Ireland for inter-league games against the Irish League.

In the following year, Bohemians, with four future English League players in their ranks—Molloy, Pat Watters, Kevin O’Flanagan and Noel Kelly—lost 1-0 to Shamrock Rovers in the final of the FAI Cup, but made up for this loss when they defeated the mighty Belfast Celtic in the two-legged Inter City Cup final.

Peter was appointed captain after moving to Dundalk for the 1945-46 year, replacing Johnny Leathem who had left after four seasons in the centre-half spot. Initially he lined out at centre-half until the early December arrival of Scottish International Jimmy Dykes, then moved to right-half, completing one of the club’s most distinguished half back lines with Johnny Matthews taking the left flank spot. Later Peter moved to right full, first to accommodate Joey Donnelly, then in the autumn of his career, and later the fledgling Jimmy McEvoy.

After a year in which he was a Dundalk ever present, he moved in September 1946 to Distillery, where his outstanding performances at centre half brought him four further Inter League caps, this time with the Irish League, including the first post war matches against the English and Scottish Leagues. His move to Distillery, without Dundalk’s approval and without receiving a fee, led to friction between the two clubs.

He did not re-sign for Distillery and they placed him on their retained list. He faded out of the game, playing no football in the 1947-48 year. But Notts County remembered him and in April 1948 they completed his transfer, in time for him to make his sole English League appearance just before the season closed, in a 3-3 draw at Meadow Lane against Watford on May 1st.

Within a year he was back in Athlone, playing with the local Town team in the Dublin Leagues and also appearing with the Westmeath County GAA team, lining out at full-forward on the county team defeated by Meath in the Leinster Senior Football Championship.

He opened a pub and when his playing days were over he became involved in the administration of Athlone Town, becoming a club director in 1970 when they were elevated to League of Ireland membership.

“Did a vast amount of work like the capable workman that he is … was as stout and as sound as ever …strained himself to the limit in a stupendous game … his dashing interceptions were a joy to watch.” Dundalk Democrat.