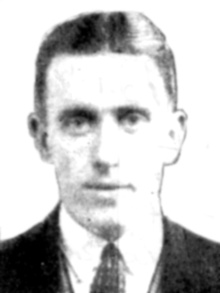 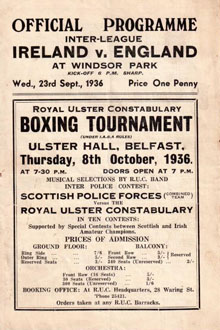 Spotted with his local junior club Clady in the Irish Alliance League, he spent two seasons with Cliftonville before reverting to junior football with Brantwood, but returned to the senior scene with Larne.

Four seasons at Larne, where he became a crowd favourite and a travelling reserve on the Irish Amateur International team in 1932, led to his transfer in 1933 to Glentoran.

Over the next 4 seasons at the Oval, he collected an Irish Cup winner’s medal in 1935 after the Glens defeated his old club Larne in a triple-decker final and he made 122 appearances, before being transferred to Bournemouth in the summer of 1937.

In the two seasons that remained before the Second World War called a halt to English League football activity Norman made 22 appearances with the Third Division South club. During the early part of the War he continued to line out with Bournemouth.

He came to Dundalk for the 1945-46 year, aged 37, and at right-full he partnered Jim Hearty for the first 16 matches in the City Cup, Shield and Leinster Cup.

After four consecutive losses in November, and the concession of 16 goals, Norman was dropped and shortly afterwards he left by mutual consent.