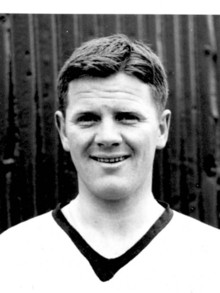 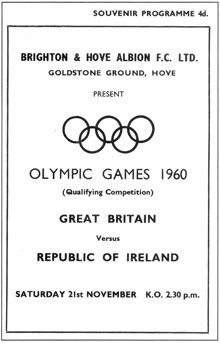 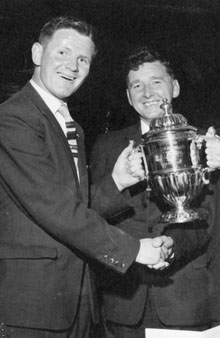 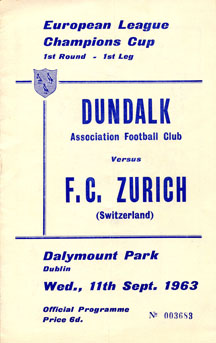 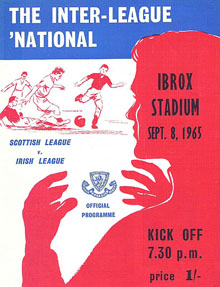 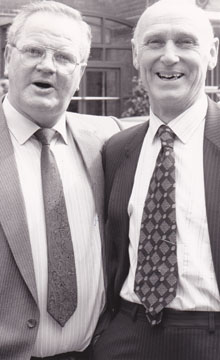 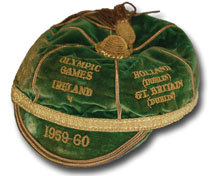 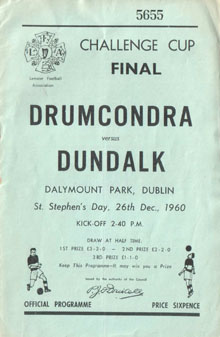 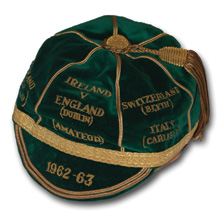 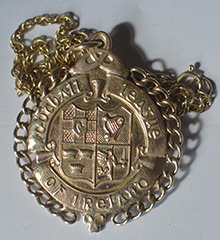 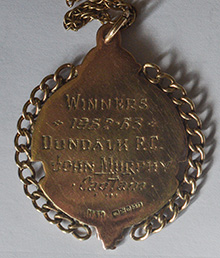 *Captain of the 1963 League Championship winning squad and holder of 8 Amateur caps, John Murphy was assistant manager for four seasons, starting under John Smith for the 1973-74 season and staying under Jim McLaughlin’s reign for the 1976 Championship and the 1977 FAI Cup final victories.*

From the Quay area of Dundalk, John’s first football experience was as a goal scoring inside forward with local clubs St Patrick’s and Norton Villa. His first call up from the Dundalk Reserves came in April 1958 for a League game against Bohemians.

In the following season he had to wait until late October 1959 for a Leinster Senior Cup game against Home Farm and he immediately became a first team regular. On the following St Stephens’ Day he collected his first of many mementoes when Dundalk lost to Drumcondra in the Leinster Cup final. Playing at inside forward his name was on 5 League goals by season end.

Although he started the following year at inside forward, by the end of September he was partnering Shay Noonan in the fullback line and there he would stay for the rest of his career.

The 1962-63 year saw the establishment of the John Murphy-Patsy McKeown-Timmy Lyons axis, playing in front of Christy Barron, and providing the bedrock for the club’s most successful period since its foundation.

Over two seasons there were victories in the League Championship (and a runner up spot), Top Four Cup, Presidents Cup, runner-up positions in the Casey Cup and the Shield, and a memorable club debut in European football, capped with a win in the away tie against Zurich.

Before his first winning club honour in the 1963 League Championship, John had three runner up awards and all were Cup final losses against Drumcondra: two Leinster Cups (58-59 and 61-62) and the Casey Cup in September 1962.

Although never honoured by the League of Ireland selectors, his 8 Amateur International caps included all 4 matches in the Qualifying games for the 1960 Olympics. Drawn in a group with Great Britain and Holland, the outstanding Irish performance came in a 6-3 home victory against the Dutch.

At the end of the 1963-64 season, at a time when he was getting married and buying a house, he was offered terms by Glenavon—£800 signing-on fee and £25 per week—which Dundalk could never match (weekly wages were then £5). For a club fee of £500 he moved in the summer of 1964 to the Irish League club under the management of Jimmy Delaney, whose panel included Billy Johnston (later transferred to Oldham Athletic and a future Irish Internationalist), Tommy Lowry (returned from Falkirk), the many-capped Wilbur Cush, and a couple of Arsenal returnees, Errol McNally and Freddie Clarke.

Over the next 4 years he added further honours to his CV. In his first season he collected an Irish Cup runner up medal after Glenavon lost in the final to Coleraine.

His second season brought an appearance with the Irish League team against the Scottish League at Hampden Park in September 1965, and the following year he added a City Cup winner’s medal.

After the career-ending injury suffered by Patsy McKeown in the 1968 Fairs Cup game against Utrecht, John returned to Dundalk and before that campaign had ended he paid a return visit to Scotland, this time to Ibrox Park playing against Rangers in the European Fairs Cup.

Sidelined by new manager Liam Tuohy, in October 1969 he was transferred to Drumcondra, making 20 appearances and finishing his League of Ireland career on March 15th 1970 in a League game against Athlone Town.

He finished his career with a couple of seasons with Newry Town in the Intermediate League, enticed there by his friendship with manager Ted Harte, one of his teammates on the 1962-63 League Championship team.

His 15-season senior playing career finished, John turned successfully to management, learning his trade with Quay Celtic before spending four seasons as assistant manager at Oriel Park, initially to John Smith and then to Jim McLaughlin. He was part of McLaughlin’s backroom staff that landed the League Championship (1975-76) and FAI Cup (1976-77).

Afterwards he had a successful spell with Bank Rovers, leading them to success in the Leinster League Premier, Lynch Cup, Polikoff Cup and Intermediate Cup, and to qualification for the 1984 FAI Cup.

A memorable first round victory over Ballyfermot United at Glenmalure Park earned a high profile second round tie against Waterford, where the senior team emerged with a 5-0 win. The following year saw another FAI Cup qualification, this time losing 2-0 to Cork City.

His place in the Dundalk Hall of Fame is secure—his partnership with Patsy McKeown in the 1962-63 League victory places him in the all-time list of illustrious local full-back pairings, in the company of O’Neill/Crawley (1942), Ralph/Trayner (1952) and Ralph/Finn (1958), and he was the first locally born captain to lift the League Championship.

Thanks to the internet he has gathered a world-wide audience of Dundalk fans who eagerly look forward to the match coverage from Oriel Park and particularly to John’s informed match and player analysis, presented in an honest and uncompromising manner—pretty much as he was as a player.

“Stars of the Summer League” (Robbie Rafferty): “He will be long remembered by the soccer fraternity in Dundalk as one of the great local full-backs in a very impressive list.”