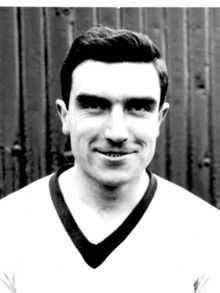 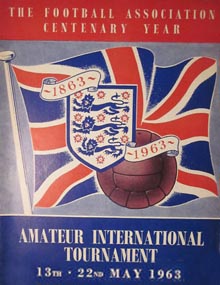 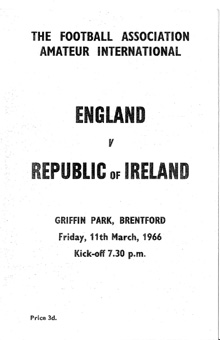 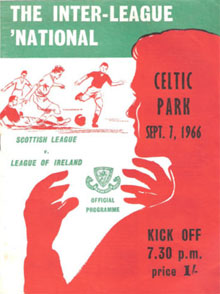 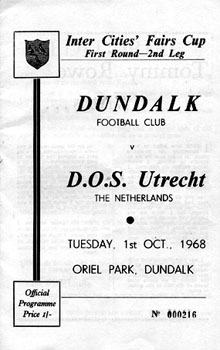 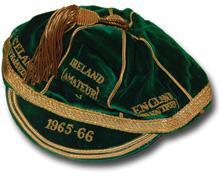 Like many youngsters from the Upper End, Joe McEntee’s St Josephs club was Patsy’s introduction to football. “He uses the ball with skill but intelligently…he should make lots of progress” was the Democrat’s assessment on his club debut after a late morning call up for a Shield game against Limerick on November 24th 1957—caused by a dressing-room crisis, with three late flu victims, and a call from Paddy McCourt after Patsy had played in a junior game that morning.

He had spent a season with Drumcondra Minors but returned to local football, winning League and cup medals with St Josephs. Very versatile, he played successfully on the wing, at full-back, centre-half and wing-half.

Regular first team duty came in the 1959-60 year, playing on the left wing with Kit Lawlor on the inside and Liam Munroe setting a new club League scoring record—Patsy’s 6 goals was good enough to be 4th on the Scoring list.

The retirement of Joe Ralph and the absence of the injured John Murphy saw Patsy at left full, partnering Pat Davey for the 1960-61 year and his mature performances earned his first representative appearances—an Amateur Cap (against England) and an appearance for the League of Ireland against the Irish League on March 17th 1961.

For nine seasons he became an automatic choice for the number three shirt. For three years his partner was John Murphy, and with Christy Barron in goal and Timmy Lyons at centre half, they became the meanest defence in the League of Ireland, collecting the League Championship in 1962-63 and taking runner up spot in the following year.

When a new team arrived in 1966, with a ‘new’ Oriel Park, Patsy and Francie Callan were the only survivors from the 1963 squad and with Fran Brennan as his full-back partner he added another League Championship honour to his sideboard collection. For the 1967-68 European Cup venture Patsy was the only survivor from the club’s first European Cup games in 1963.

The representative honours continued to accumulate—by the time his career had ended he had 6 Amateur caps and 4 Inter-League appearances. Three of his amateur caps came in the 1963 8-country English Amateur Association Centenary Tournament held in the North of England that featured three Dundalk players, including John Murphy and Timmy Lyons. Dundalk followers recognised him when he was selected Player of the Year for the 1967-68 season.

The end came on a foreign field on September 11th 1968 in a first round Fairs Cup against Dutch team DOS Utrecht. After just 4 minutes play Patsy was stretchered off with a serious leg injury that finished his playing career. The reception that the wheelchair bound Patsy received before the commencement of the second leg tie at Oriel Park said it all.

His Club Hall of Fame status rests on two criteria, first, the majesty of his performances over 12 seasons, most of the time at left full-back and second, the Murphy-McKeown partnership ranks with the best local full-back lines in the club’s history.

For over 50 years, starting at the age of fourteen, he worked at Wallace’s Seed Store at the Market Square until its closure in 2003.

Democrat’s review of the 1962-63 Championship victory: “John Murphy and Patsy McKeown played themselves into the position of being recognised as the best pair of full-backs in the country.”

Ewan Fenton, manager of the Irish amateur team that played in a 3-match tournament in the 1960s, on being asked about the players'performances said "Patsy McKeown was the outstanding player of the tour, playing three splendid games. I was extremely pleased with him."