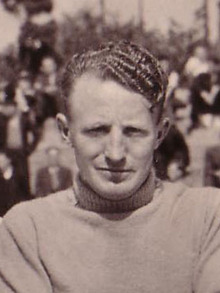 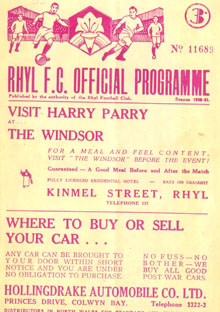 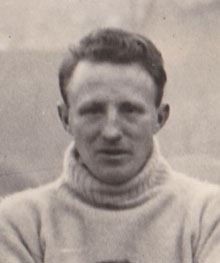 George Brennan was a prominent GAA player with the Lannleire club in Dunleer during the 1940s. He had been a member of the County Louth team that won the All-Ireland Minor Championship in 1940, scoring two goals in the final victory over Co Mayo, playing at right corner forward with future International Peter Corr as his right wing partner. In the 1946-47 season he was playing at inside right with the Dundalk Reserves but by 1948-49 he was Dundalk’s reserve keeper.

After the departure of Alex Anderson, following the FAI Cup success in 1949, George became first team netminder for the opening 26 games of the 1949-50 season, and his performances earned a place on the League of Ireland team for its game against the Scottish League in October 1949, but because of an injury he was forced to cry off at the last minute.

In January he made way for Malachy Short and for the following season Walter Durkan joined them on the goalkeeping panel, at the end of which George and Walter travelled to North Wales on the club’s Festival of Britain Tour. During the summer George signed for Glenavon.

While Durkan and his teammates were joining the Dundalk Hall of Fame with their 1952 FAI Cup success, George was a member of the successful Glenavon team, which became the first Provincial winners of the Irish League. The following December he suffered a serious injury playing in a Christmas game and his place taken by Walter Durkan. When he recovered Walter had nailed down the Glenavon No 1 jersey and George returned to Dundalk, competing with Eamon Darcy for first team duty.

In his last season with the club he had Kevin Mullen and Eddie McKenna as rivals but the arrival of Ted McNeill at the tail end of the season settled all the arguments. In August 2003, while in Dunleer on holidays from his Stockport home, he took ill and died in the Lourdes Hospital, Drogheda.