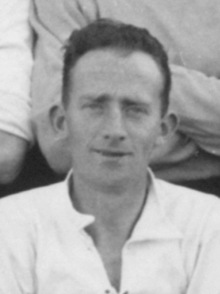 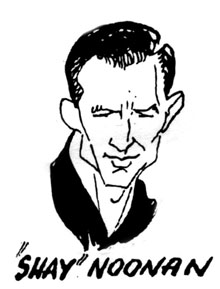 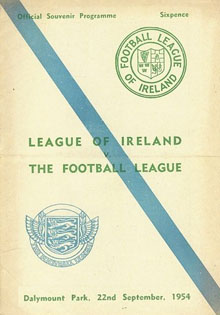 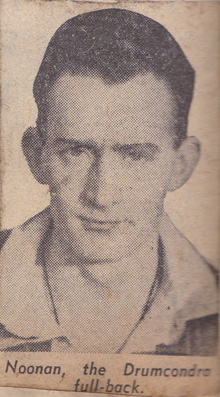 After five playing seasons to 1961, Shay Noonan joined the coaching staff and was a member of the backroom team that delivered the 1962-63 League Championship. Appointed manager for the 1964-65 year, he was replaced at the end of the year by Gerry Doyle.

Full back Shay Noonan played with Bohemians as a Minor in the mid-1940s, winning Leinster Minor Cup and League medals. Afterwards, he went to his local club Whitehall Rangers, where he was a member of the winning Leinster Junior Cup team in 1948-49.

He started with Drumcondra in 1949-50, and stayed for 7 seasons, winning an FAI Cup medal in 1954, Sam Prole’s first season in charge after his move from Dundalk. They defeated St Pats 1-0 in the final and the Drums team also included future Dundalk favourites Johnny Robinson, Tommy Rowe and Benny ‘Rosey’ Henderson.

A year later Shay added a runner-up medal when Liam Tuohy scored a late winner for Shamrock Rovers. Other competition honours earned by Shay with Drums included 3 City Cup, 2 Shield and 1 Leinster Cup. While with Drums he was awarded 7 Inter League caps with the League of Ireland team, his first in April 1954 against the Irish League.

He was part of a Drums quartet who came to Dundalk for the 1956-57 season, along with Paddy Neville, Johnny Robinson and Benny Henderson. A year later he captained the unfancied Dundalk to FAI Cup victory, when Hughie Gannon’s lone goal scuppered hot favourites Shamrock Rovers. A tenacious tackler, most of his 27 Dundalk goals came from penalty kicks and he holds the club record for most penalties in the FAI Cup (3) and in a season (11 in 1958-59).

A right-full with Drums, he alternated between both full back positions at Dundalk. While playing with Joe Ralph he lined out at left full, switching when Ken Finn was his partner and for the successful 1958 Cup campaign he captained the team from left half back, in one of the club’s most popular half back lines with Leo McDonagh and Johnny Robinson.

After the departure of Joe Ralph and Ken Finn, Shay reverted to the right full spot. In his last season he again switched to the left to accommodate Pat Davey, but the arrival of Patsy McKeown effectively brought Shay’s Dundalk career to a close. His final first team game was in the last match of the 1960-61 season in a 2-1 League loss to Transport.

The holder of an FA Coaching Certificate, he took on the training and coaching of the club’s Dublin players during his last playing season of 1960-61. While he continued to line out when required with the Reserves, and as late as 1965 turned out during the successful Castrol Cup campaign, his next 4 seasons were spent in coaching and he shared the coaching duties with Colm Bellew for the 1962-63 League Championship victory.

For the 1964-65 season he took charge of the first team, leaving at the end of the year to take up a similar position with Drumcondra, after Gerry Doyle’s appoinment. During the 1960s he was regularly called upon by the FAI to act as trainer-coach to the Irish Amateur International squad. He later helped out with the management of Shamrock Rovers Reserve team in the early 1970s.

During the 1973-74 year, following a mid season upheaval which saw the departure of manager Liam Tuohy and of his replacement Shay Keogh a few days later, Shay Noonan was one of a trio appointed to look after the Rovers first team for the remainder of that season.

In 1979 he was promoted from reserve to first team manager with Drogheda, following the departure of Willie Roche but within a year was himself replaced by Ray Treacy. In emergencies he turned out with the Drogheda Reserves in the League of Ireland ‘B’ Division.

He also worked with the FAI as a member of the Irish International management team. His last visit to Dundalk was in September 2003 for the Oriel Park reunion of the 1962-63 League Champions squad.

Shay had a rare collection of medals from the four Cup competitions administered by the Leinster Football Association. He collected a Juvenile (U-16) runner up medal when playing with Glasnevin and he was with Bohemians in 1946-47 when he added an U-18 Minor winner’s medal. In 1948-49 in the colours of Whitehall Rangers he won an LFA Junior medal and completed his LFA collection when Drumcondra got the better of St Patrick’s Athletic 3-1 in the Dalymount Park final on St Stephen’s Day 1953.

Irish Times after Dundalk’s 3-0 FAI Cup win against limerick en route to the 1958 Cup final: “Rarely has Noonan played a better or more wholehearted game and he and McDonagh dominated the middle of the field from start to finish.”