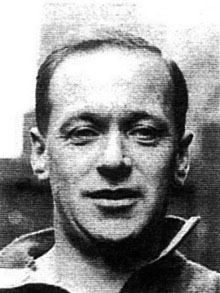 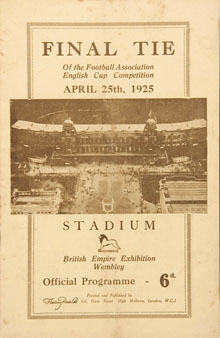 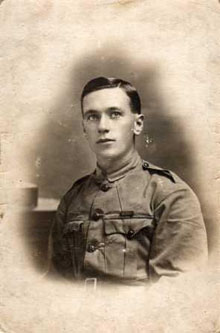 Appointed club captain for the 1929-30 season, inside forward Harry Beadles spent his last football year at Dundalk, after a distinguished English League career that included an FA cup final appearance, over 80 English League goals and 2 International Caps for Wales.

He almost certainly would have accumulated more caps if Liverpool had not refused him permission to play for his country and which led him to sign for Cardiff City.

He was only 17 years old when he was awarded the Serbian Gold Medal for Bravery/Gallantry, earned with the Royal Welsh Fusiliers while on First World War duty in Gallipoli. He played for his Regiment in Palestine until 1919, winning the Brigade Cup and Egyptian Forces Cup.

After a period with amateur club Graysons of Garston, he had a trial with Cardiff City but ended up signing for Liverpool. During a three-year spell at Anfield he was a second choice player (17 Appearances, 6 Goals), but was awarded a Championship medal for the 1921-22 season and a Gold Watch for the back-to-back Championship victories when Liverpool won again in 1922-23.

Two seasons with Cardiff City brought a Wembley Cup Final appearance, losing out in 1925 to Sheffield United, and two Welsh International caps in 1925 against England and Scotland.

After an unproductive spell with Sheffield Wednesday, he spent his last three English League seasons with Southport in the Third Division North (92 Appearances, 61 Goals). He was club leading goalscorer in each of the three years, set a new club record when he netted in six successive League games and was recognised as the best header of a ball in that division at that time.

A hat-trick in his final club appearance completed his 61 goals and places him fourth in the club’s all-time League goalscorer’s list.

He came close to an FAI Cup final appearance, but Dundalk lost out 2-1 to Brideville in the Cup semi-final. Although already suffering from injuries that resulted in his retirement at the end of the season, he scored 10 goals and at inside left was nursemaid to two local youngsters in their debut season, Tommy Godwin (at centre-forward) and Joey Donnelly (left wing).

Afterwards he became a popular licensee at several public houses in the Liverpool area, well known for his easygoing manner and wit, an example being his request for final drink-up: “Time Gentlemen please—and Evertonians”. On his retirement he returned to Wales, dying in Sychtyn, Mold after a long illness.