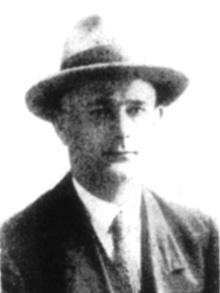 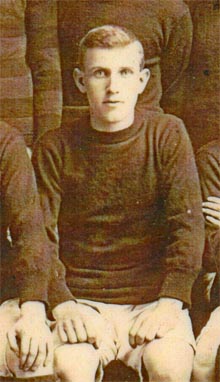 For more than twenty years Joe McCleery played a number of key roles with Belfast Celtic. He started talent spotting at the age of 21, as far back as 1905, and in the hugely successful mid-1920s he was assistant to Celtic manager Austin Donnelly.

During those 20 years many Celtic legends arrived at Celtic Park with Joe’s recommendation. In analysing his Celtic roles, Belfast’s weekly sports newspaper, Ireland’s Saturday Night, described him in 1926 as “the power behind the throne at Celtic Park and in no small measure the Celtic success was due to him”.

He had spent a period working with a Dutch club, Almoria Victrix Club, with headquarters about 25 miles from Amsterdam and with half-a-dozen teams of various levels of quality. An astute judge of a player, it was claimed of him that arising from his pursuit of promising talent “he knew the geography of every junior pitch in the country”.

In the summer of 1926, he was contemplating another Continental offer from Bavarian club, El Parsan, when he got a call from Dundalk, newly elected to the Free State League and seeking a manager to train, coach, and organise Dundalk’s entry into the Free State League. Described as ‘a colourful, ebullient character with a keen sense for publicity’ his first task was to find a team.

Relying on his Northern Ireland contacts, his first team sheet had seven Northerners in the line up and most of the 45 players who made an appearance in that first season came from the same source.

Many of them had the benefit of advance publicity supplied to the local press by Joe—at the very minimum they were credited with ‘impressive credentials’. The fact that most of them departed after one or two games did not deter Joe. Each new arrival got the same advance fanfare.

Born of a cheery optimism, he developed an excellent relationship with the press and was always available for a quotable quote. In advance of Dundalk’s eagerly awaited first-season League encounter at the Athletic Grounds against title-holders Shelbourne, he was proclaiming ‘What are reputations anyway? The bigger they are the harder they fall’.

Unfazed by defeat, a month later his advice to journalists for the upcoming FAI Cup first round tie against Bohemians at Dalymount was ‘Take Dundalk as one of your away bankers on the coupon’.

During his three seasons in charge Dundalk was essentially a Northern Ireland team. Amongst those he enticed to the Athletic Grounds were future International players Bertie Fulton, Jackie Coulter, Bill Gowdy, Hugh Blair and Billy Mitchell, as well as Celtic stars Fred Barrett and Billy Pollock. Most importantly he developed professional and playing attitudes which formed the basis of the club’s standards for many years afterwards.

After his Dundalk spell he headed for Derry City, newly promoted to the Irish League, and he spent the following three seasons at the Brandywell. He also had a spell in the mid 1930s as manager of his home town club Glenavon and for the 1937-38 year was in charge at Distillery.

For many years he was the Arsenal scout in Ireland and in his capacity as chief talent spotter for Belfast Celtic he was responsible for the signings of Stan and Jackie Mahood, Davy Martin and Jack Vernon. The Democrat once described him as ‘the shrewdest judge in Ireland of a Soccer Footballer’.

As a young man at the turn of the century he was a founder member of the Lurgan junior club Queens Park, and was club captain for the first seven years of its existence, playing in various positions but mainly as goalkeeper and at centre-forward. During this period he picked up two runner-up awards, in the Alliance League and later the Junior League.

His football interest and enthusiasm never waned and while attending the annual Inter League game between the Irish League and the League of Ireland at Dalymount Park in March 1957 he suffered a seizure and spent some time in a Dublin hospital. The following October he died in his native Lurgan, aged 73.

On his appointment as manager of Derry City, Ireland’s Saturday Night gave him a ringing endorsement: “No man in Ireland is more likely to build a team that will be a credit to the Maiden City that Mr McCleery. He has been a student of player’s merits from his earliest days and has specialised in spotting raw talent. Many outstanding personalities in the game today must give him credit for bringing them to the front and he has become one of the foremost ‘spotters’ in Ireland for many years.”